The History Of Japanese Mini Trucks

Whether you first came across Japanese mini trucks here at Mini Truck Depot or you’ve seen them on farms or ranches near where you live, it may well have crossed your mind at some point to wonder exactly how such a vehicle came into existence.  After all, there's nothing like these in North America or Europe. And, perhaps, it’s also puzzled you as to why they are specifically referred to as “Japanese” rather than having a connection to some other Asian country.

So let’s delve into some history here and look at exactly how this unusual class of vehicle came into being.

In The Beginning: The Early Mini Trucks

These mini trucks – known as kei (“kay”) trucks in their native Japan – are an unusual type of vehicle in that they didn’t come about because of customer demand, but rather as a result of the government intervening in the economy.

Back in 1949, Japan was struggling to get back on its feet after WWII, and so the government created a new class of “light vehicle” to try to encourage motorization for the masses. See the reference to kei trucks in the previous paragraph? Well, that kei in Japanese means "light" (as in "not heavy"). You were wondering what it meant, and now you know.

To get back to our story, at that time back in the late 1940s and into the 50s, you would have found a lot of deliveries being done by 3-wheel scooters (similar to the later Daihatsu Midget) or, if you were out in the countryside, even these would have been scarce. So, in the first few years after the launch of this new vehicle class, it didn’t look like it was going anywhere. They were relatively expensive, and the war-impoverished market just wasn't quite ready for them.

It wasn’t until 1955 that a manufacturer called Suzuki (now the #2 mini truck manufacturer) began to make waves in this light vehicle market with their Suzulight model which was available in passenger car, van and pickup body styles.

That's the Suzulight pickup in the left side second from bottom in this period catalog image. 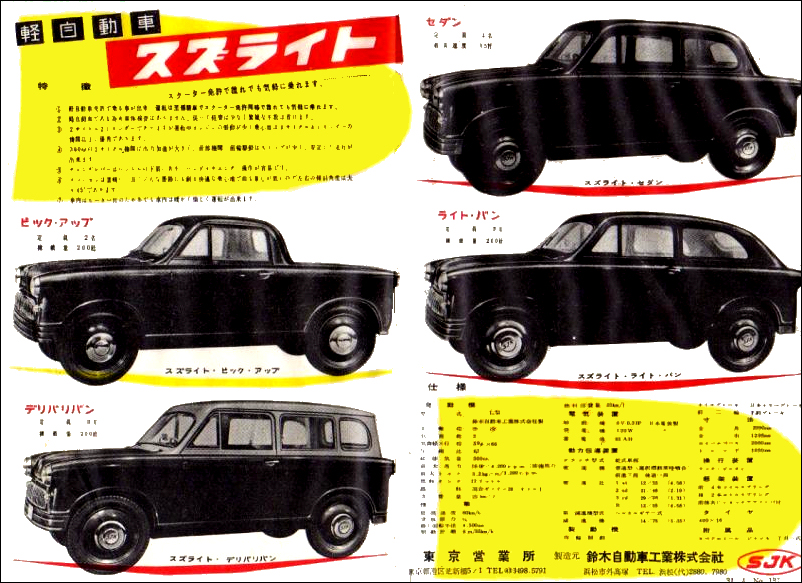 In the late 1950s and then into the 1960s, there were a number of other familiar manufacturers in the mix. For example, Yanmar (now more known for its marine engines) sold a diesel-powered model starting in 1959. Then in 1960 the famous Daihatsu Hijet, which is now the #1 best-selling model in Japan, was launched. In 1961, the first Subaru Sambar makes an appearance, as does Suzuki’s famous Carry model. The other notable names stack up quickly after that with Mitsubishi’s Mini Cab arriving in 1966 and Mazda’s first mini truck in 1969.

Here's the first generation of the Daihatsu Hijet, launched November 1960. It's come a long way since then. At the end of 2021 it entered its 11th generation! 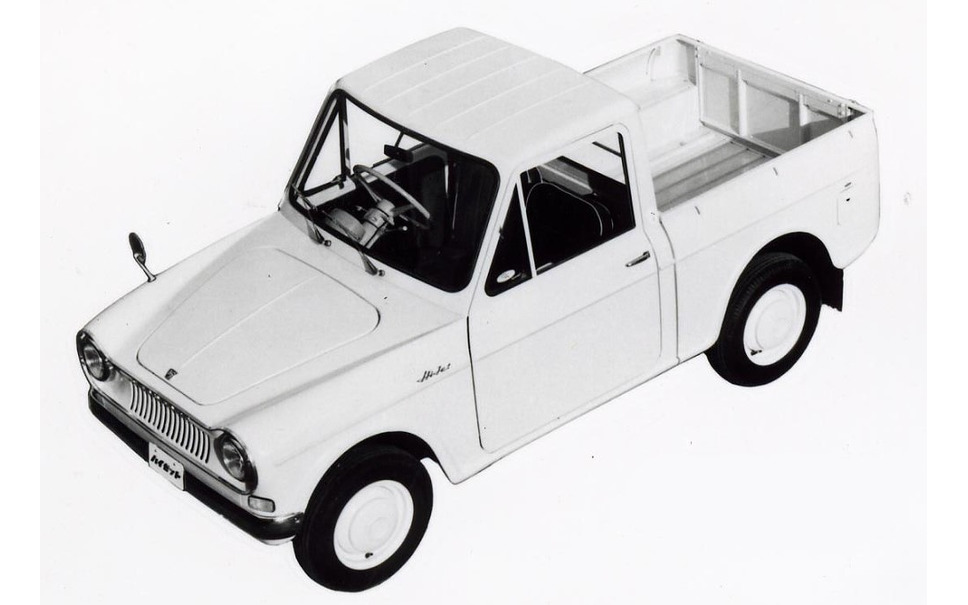 While early mini trucks had a scarcely credible 249cc engine capacity, the evolution from glorified scooters to the workhorse delivery and cargo vehicles in most parts of Japan resulted in an ever-increasing engine capacity to 360cc, then 550cc, until finally, in 1990, the engine size stabilized at the current 660cc limit.

The advent of turbo-charging provided new ways of extracting more power from mini truck engines, with Suzuki Carry being the first model to get this new option in 1997. However, the normally aspirated engines continued to retain their popularity and still make up the majority of mini truck sales.

(Please note that only non-turbo charged mini truck models can be legally sold in the US under EPA rules.)

Daihatsu v. Suzuki: The Big 2 Fight It Out

What started out as a diverse industry with many different manufacturers struggling for a piece of a nascent market, has now come down to a direct fight between the big two – Daihatsu and Suzuki.

Of course, you can still buy Subaru Sambars, Mazda Scrums and Mitsubishi Mini Cabs, but you’ll find that they’re just rebadged versions of either the Carry or Hijet.

And see those big automakers Toyota and Nissan who have never dabbled in the mini truck market before? Well, in recent years they’ve also joined the fray – but once again as basic OEM rebadges.

Check it out and see if you can spot the difference. Here's a Suzuki Sambar in Deck Van crew cab style: 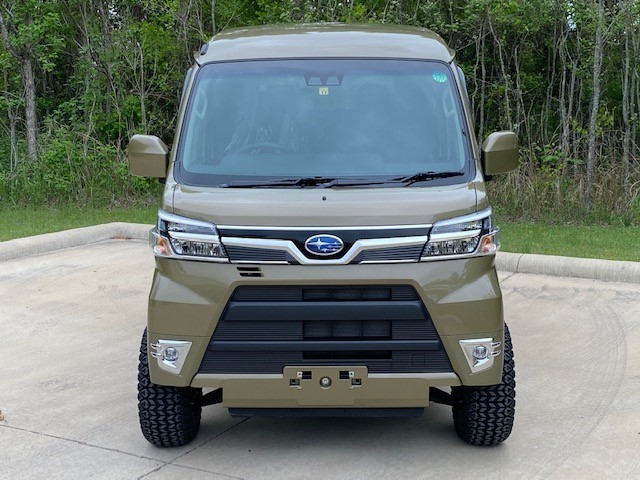 And now here's the Daihatsu Hijet Deck Van model in the same color .... 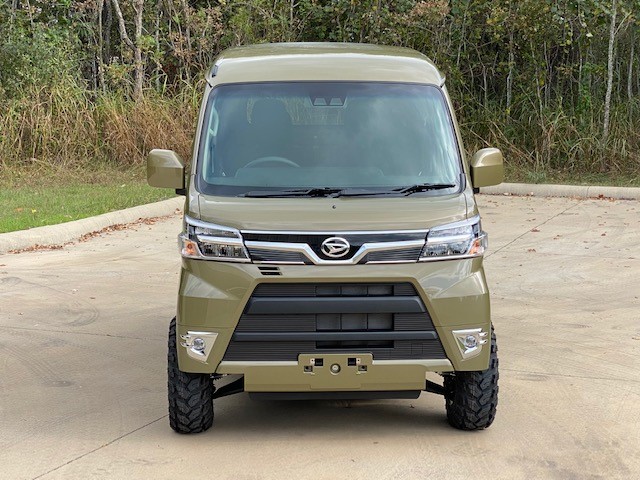 Yep, the only difference is the badge.

In terms of model sales, Daihatsu’s Hijet wins out, and has done so for over a decade now. With Toyota having gone from being a minority shareholder to being the full owner, Daihatsu is well-placed to keep a firm grip on the Japanese mini truck market. But don’t count Suzuki out just yet. They’ve got more to lose and have a strong brand in the Carry. As we go into the future, we can be excited that the competition between these two behemoths is not over, and it will keep them pushing hard to build ever more useful mini trucks within the tight confines of these kei truck rules that created this market.

So we’ll wrap up our quick overview of the history of mini trucks in Japan here. But, of course, you’re likely wondering how these odd, exceptionally niche vehicles across the other side of the Pacific ended up becoming such a hit with farmers, ranchers, hunters and more in the US. To find out how, click here.