Although Mitsubishi is a huge corporation with its fingers in many pies, and it does have some notoriety in the world of motorsport (particularly the World Rally Championship), its popularity in the world of Japanese mini trucks has diminished over time. And, unlike Honda that bowed out of mini truck production altogether, Mitsubishi does keep its toe in the water with its rebadged Suzuki Carry.

So let's start with the last Mitsubishi home-grown Minicab then check out the latest model that is built by Suzuki.

Well, at least the final chapter that Mitsubishi was responsible for writing. You see, by the end of 2013, the 6th generation U62T 4WD mini truck and U62V 4WD van models were getting long in the tooth having first gone on sale in 1999. Monthly sales had declined to around 1,000 units for each body type and, to make matters worse, Japan and the world were still languishing in the fallout from the financial crash of 2008.  Not an auspicious time to retool an old favorite for a new era, particularly with sales in the doldrums.

And so this 6th generation proved to be the final independent iteration of the Minicab after 47 years of production. We won't be looking back at those earlier 5 generations, but this 6th generation is close enough to the present that you may be interested in one for your farm or ranch. 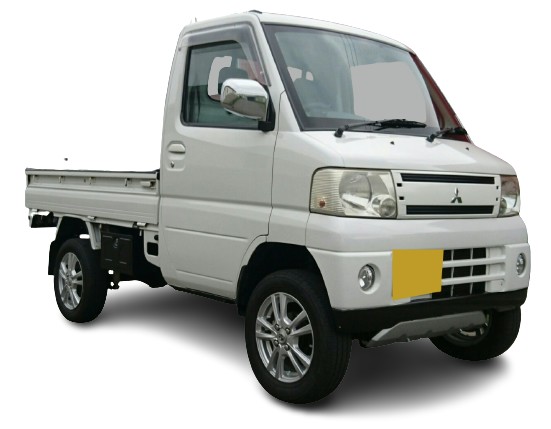 This 6th generation Mitsubishi Minicab model was built in both pickup truck and van formats, but on this page let's focus on the more popular pickup. The first thing you'll spot is that it has more of a hood, giving it a distinctive look that's quite different to the flat-nosed Daihatsu Hijets or Suzuki Carrys. Somehow it also makes it look at little more aggressive when compared with its more rounded peers, but actually the thinking behind it was to allow for a larger crumple zone for greater safety.

It was powered by Mitsubishi's own 3G83-type engine, which was a 3-cylinder, single overhead cam 12-valve gasoline engine that hit its peak power at a lofty 6,000 RPM, with peak torque arriving much earlier at 4,000 RPM. Having to use all the revs to get the most power and torque may not be the best option in a vehicle for off-road use. The U62T mini truck versions all had part-time 4WD and were available with 5-speed manual or 3-speed automatic transmissions.

Lift up the front seat, and there's the engine: 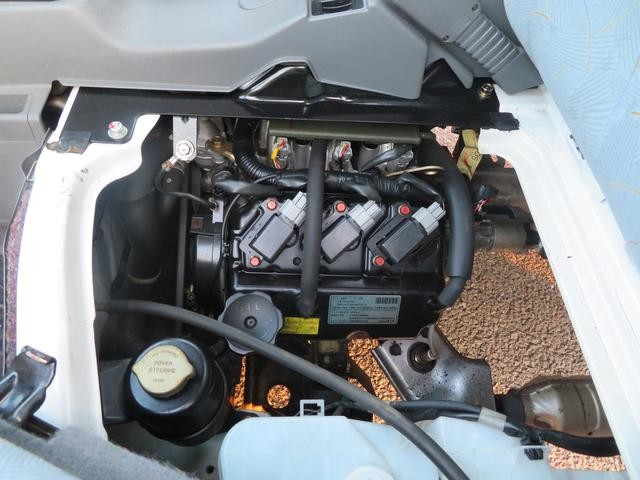 Looking back from the 3rd decade of the 21st century, the cab interior looks a little dated now. But the functionality and comfort are still clear -- and in many ways beat a traditional UTV. After all, how many UTVs have AC, heat, sun visors and airbags as standard equipment?

Here's how it looks in a manual transmission model: 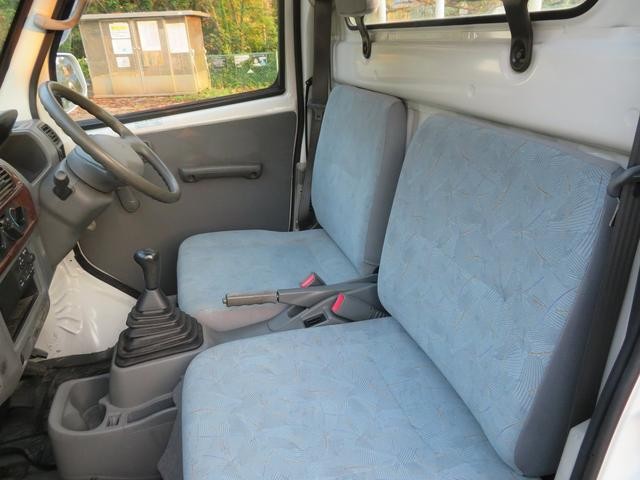 And here you can see the same interior, but this time in an automatic Mitsubishi Minicab: 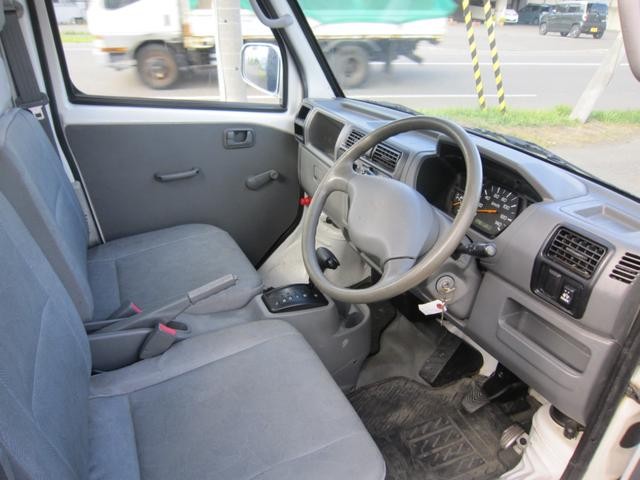 As for body colors? Well they were all made in boring old white. A typical choice for the Japanese working public, but not great when stacked up against the range of interesting colors Suzuki and, in particular, Daihatsu can muster. Maybe the numbers just didn't warrant adding more choice, but ultimately this has to be seen as one of the factors that dragged the Minicab down to such an extent that now Mitsubishi sells rebadged Suzuki Carrys as Minicabs.

So the 6th generation of the Mitsubishi Minicab was the final independently manufactured Minicab model, but it wasn't the shortest-lived generation. That distinction goes to the 7th generation, which was a rebadged Suzuki Every van that only lasted one year before it was replaced with a newer rebadge.

Given their closeness to their Suzuki counterparts, if you want to know more about these latest Minicab's engines or transmissions, then the best thing to do is to head over to the Suzuki Carry pickup page, or the Suzuki Every van page as the fundamentals are all the same. In fact, if you're after a modern Mitsubishi Minicab, then it's really a better bet just to go for the equivalent Suzuki model rather than getting the rebadged version.

Mitsubishi Minicabs are very rare here at Mini Truck Depot. To be honest, the 6th generation ones that were the final independently developed models are getting pretty old now, and then if you want a newer one, then why not get a  Suzuki Carry or Every because they're basically identical. Still really want to get your hands on a Mitsubishi Mincab? Contact us and we'll connect you with a dealer who can help you source one.