The Subaru Sambar holds a unique place in the history of Japanese mini trucks because Subaru was the first of the manufacturers to launch a mini truck under Japan's kei ("mini") vehicle rules. This was way back in 1961. But having been first out of the blocks, why did Subaru throw in the towel back in 2012 and turn to Daihatsu to have them continue making Sambars as Hijet rebadges?

Let's look at the history of the Subaru Sambar, but this time instead of starting with a description of different models, we're going to focus on something that made the pre-Daihatsu era Sambar really unique -- its rear engine layout.

Right from the beginning, Subaru adopted a rear engine-rear wheel drive layout for their Sambar van. The first generation only had a van variant, and was supposedly based on the Fiat 600 Multipla of the era, it's not quite clear what the logic of this was, but this powertrain layout was a reflection of the better known Volkswagen Type 2 van.

Even though Subaru introduced a truck body to complement the van from the second generation, it was so dedicated to this rear engine - rear wheel drive layout that there was not 4WD version offered until 1990, and then only with the automatic model. Pretty strange for a company that became known for it's 4WD World Rally Championship winners. However, it did get the Sambar a nickname -- the Porsche Of The Countryside -- possibly inspired by a book in Japanese of the same name. 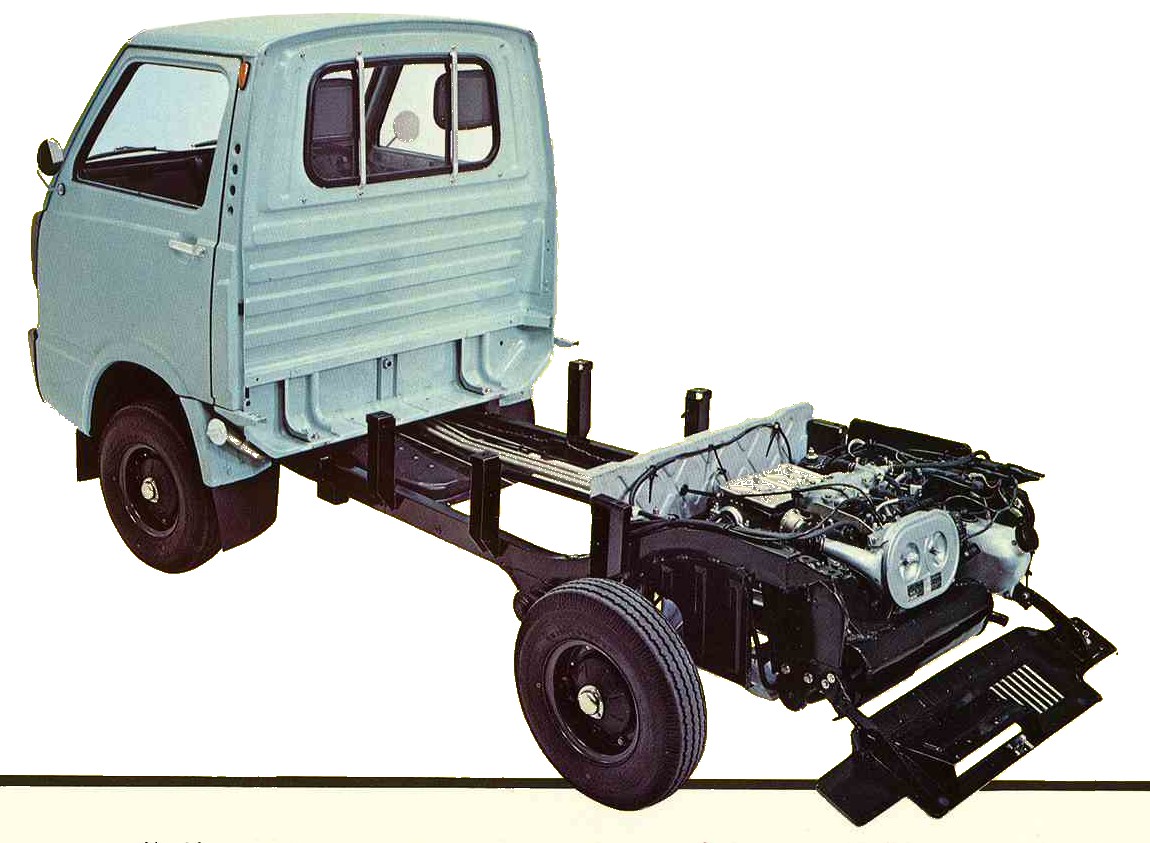 Despite its rapid start, Subaru's quirky decision to keep the rear engine layout through multiple iterations was beginning to hang heavy on the Sambar by the end of the 20th Century. While others (Suzuki, Daihatsu and Honda in particular) had opted for a more mid-engined approach with the engine under the front seats which made either 2WD or 4WD configurations much more do-able, Subaru's rear engine was much more engineering-intensive.

While Porsche could afford to keep the rear engine layout of the 911 well into modern times for "heritage" reasons and compensate for its oddities and tail-happy handling with technical and electronic solutions, Subaru Sambar buyers were on the one hand more price-conscious than Porsche's customers, and on the other were more focused on practical issues than brand heritage.

This 6th generation Sambar was to prove to be the last to be developed by Subaru, but it survived well over a decade from 1999 until 2012. Available in both truck and van formats, the 4WD trucks having the TT2 designation, with the 2WD RWD trucks given the TT1 designation. Similarly, the TV1 vans were 2WD powering the rear wheels, whereas the TV2 vans were 4WD.

With the rear engine layout mimicking that of the iconic VW T2 van, perhaps it shouldn't be too much of a surprise that someone would put two and two together and come up with a Subaru Sambar homage to this classic VW. The shape fit. The rear engine layout matched. All that was needed was a bit of accessorizing, and it turned out that you ended up with a pretty good facsimile of the original -- only smaller, cuter, and more likely to be able to get round narrow Japanese side roads.

The base donor vehicles were of the KV-type Sambars from the 5th generation, so these VW van-style modified mini trucks themselves are now getting to be of classic status. Take a look and you will be surprised at just how cool these Sambar-wagens are:

And we can't really leave this topic of the Sambar modification scene without mentioning the most extreme and bizarre of them all -- the notorious Sambarghini.

Yes, you guessed correctly. A man in Japan woke up one day, looked at his Sambar Japanese mini truck and thought, "There's a Lamborghini trapped inside there just waiting to be let out." Many years, lots of blood, sweat and tears -- and, presumably -- a lot of cash outlay later, here he is attending Lamborghini club owners' meetings in his lookalike Sambar. Talking about dreaming the impossible and making it real. 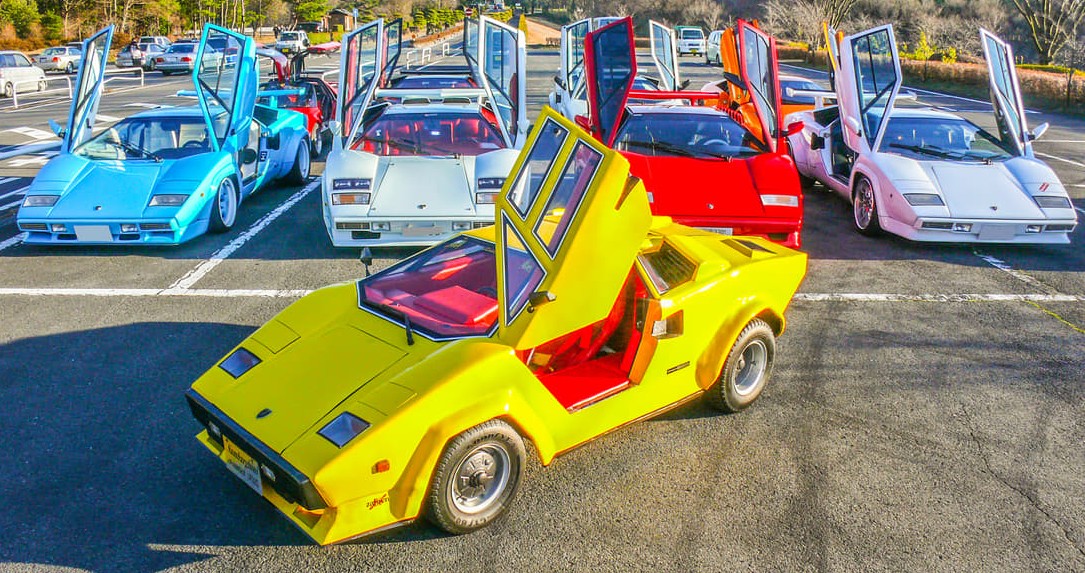 Sadly, the days of rear-engined, RWD, Porsche 911-mimicking Subaru Sambars are over. Toyota took a stake in Subaru so that, in 2012, they stopped making their own mini trucks and started getting their mini trucks badge-engineered by another company in the Toyota stable -- Daihatsu. Sure, it made sense from a purely business point of view, but the Japanese mini truck world has definitely lost a distinctive vehicle as a result.

Disappointingly, the latest versions of the pickup, van and extended cab are only available in white and Silver, rather than the usual, more extensive range of Daihatsu colors ... but that pretty much sums up the decline of this formerly colorful player into a Japanese mini truck also-ran.

Subaru Sambars are very rare here at Mini Truck Depot. To be honest, the 6th generation ones that were the final independently developed models are getting pretty old now, and then if you want a post-2012 one, then why not get a Daihatsu Hijiet because they're basically identical. Still really want to get your hands on a Subaru Sambar? See if we currently have any Subaru Sambar mini trucks for sale here, or contact us and we'll connect you with a dealer who can help you source one.